Why Online Poker is Grim

So, grim. Why? Well, I suspect there will be a bit towards the end about me feeling calm whenever I think about putting my head on a railway track and letting a train squash my head into the metal (wow!!! I did warn you it would be grim!!!) and another bit about cancer (grimosaurus!!! but it’s okay, I didn’t even have it!!!) although there will be some chinks of light. The bit about having the bowels of an 80-year-old man, for example, is a particular bright spot and there’s an hilarious trip to the Genito-Urinary Medicine Clinic. Plus, tomorrow I will write and post, “Why Online Poker is Ace” so, you know, that’s something.

Secondly, then, some background. Towards the dog-end of 2011, a man named Dan Fitch approached me with an idea. I like your writing, he said (incredibly, this was even before I’d discovered how amazing it was to use these zingers!!! – okay, that’s more than enough of that for now) and I’m going to be overseeing the content for a gambling website. How about you write a poker column from a novice’s point of view? It will run for around three months. It will be a brief journey into the online poker world. You’ll make it entertaining, I’m sure. So I said yes and a few months later started writing a weekly column. The column lasted for 87 weeks and when it eventually came to a slightly slapsticky end I found myself spending far more time playing online poker than I did writing. Sometimes I suspected I enjoyed it, so just carried on doing it more or less for a living.

Here are five reasons why it is grim:

1. Your Boss Is You And He Hates You. So Does Everyone Else. Imagine working perfectly all week – better and more efficiently and more smartly than you have ever done – and then at the end of the week your boss coming up to you and saying: “Not only am I not going to pay you for this week’s work, but I’m going to go into your bank account and take a further two week’s pay from you. This is variance. Deal with it.” You probably wouldn’t like that. You probably wouldn’t like it either if, during this beautifully-executed week’s work people were interrupting you constantly to threaten to cut your throat (this has happened to me in a chatbox whilst playing online poker) or to call you “a thick piece of shit” (this too) or to hope all your family dies from cancer (ditto). Welcome to online poker.

2. It Can Fuck Up Your Shits. Without wanting to get too scatalogical – and clearly I don’t want to, otherwise I would have called this second point something like, Ooh I don’t know, something like “It Can Fuck Up Your Shits” – I have the bowels of an 80-year-old man. Frankly I don’t want the bowels of an 80-year-old-man, I want my own bowels. I don’t really know what goes on in there and nor do I particularly want to know, but I imagine the stress, anxiety, sedentary nature of online poker and the hoofing up of a packet of cigarettes a day to help with the pressure, coupled with the downing of booze and pills to help calm me before sleep could have – and it’s only a could have – led to me swapping my bowels with an 80-year-old man. 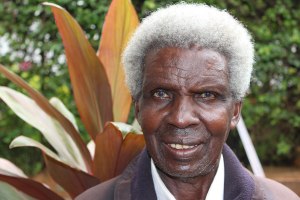 3. It’s Not Fair. Poker is a game of mathematical, psychological and emotional skill. There is also a huge dollop of luck involved. Let’s take a very simple example. Suppose you have £100 on the table and I have £100 on the table. You are dealt the second best starting hand in Texas Hold’em (the form of poker that I predominantly play): two kings. I am dealt the first best starting hand: two aces. Now, supposing all of my £100 and all of your £100 goes in the middle before the remaining five cards are dealt. Roughly 80% of the time I will win the £200 in the middle and 20% of the time you will win it. Over time, this is great for me. If we were to run these hands a million or even a thousand times I would be making a lot of money. But short term, it doesn’t necessarily work like that. Short term, I have been losing a ton of times for a fair amount of money when a 60% or 70% or 80% favourite or I’ve been winning my fair share of times in situations where it doesn’t matter (small buy-in tournaments, say, where I don’t necessarily care about winning your chips) and losing when it does (in more prestigious, financially rewarding tournaments where I do care).

4. It Can Lead to Phantom Illnesses. In early 2013 I felt a lump in my mouth that I hadn’t noticed before. Immediately I went cold. This, I thought, is it. This is oral cancer and you deserve it for your recklessness and the way you have lived your life and you are going to die from it. For months, I carried my cancery-secret around with me. My brother was getting married later that year, and I didn’t want my dying of cancer to overshadow it. I’ll gather my family around shortly after the wedding and tell them, I thought, once I had received the diagnosis (the lump, it seemed, had been getting bigger). I planned a speech. It was a good speech: funny and poignant and wise and don’t-worry-about-me, all the good things an I’m-about-to-die speech should be. Eventually, after about a year, I summoned up the courage to get the lump checked out. The lump, it turns out, was just a lump. That’s what they said: That lump is just a lump. I’m still not convinced. In fact, after staring at the words “That lump is just a lump,” for too long I’m not sure that phrase actually means anything, it just looks like garbled nonsense.

Shortly after the diagnosis of my lump being just a lump, I found a different, almost imperceptible lump on my penis. I had been meaning to go to the GUM clinic for a while because someone who I once had sex with had chlamydia and they thought that I too might have chlamydia. She even thought that I may have been the one who had given her chlamydia. So I went to the sex-clinic and went through my recent sexual history (laughably barren – I had to make some stuff up so I didn’t feel embarrassed) and confessed to unprotected sexual encounters and they looked at my lump which wasn’t really a lump – you could barely see it, it was more of a non-lump – and they too said that the non-lump was just a non-lump. When I found out around a week or so later that I didn’t have any sexually transmitted diseases I was ever-so-slightly disappointed. Welcome to online poker.

5. And to Real Ones. Yeah, the real ones. The real ones like anxiety and depression and insomnia and having a noise like a fucking air conditioning unit whirring around in your head all day. The real ones like a jaw that feels like it soon will have to be prised open to eat because it’s wired too tight from the stress. The real ones like suicidal thoughts pinging around your head all day and the only way to deal with them is to surrender, to imagine actually going through with it and the thinking it through is calming. I think about going down to Pokesdown station and putting my head on the tracks and about my soft head being squashed by hard metal and I relax. Or I think about eating shellfish (which I am highly allergic to and it may well kill me if I ate it) mixed with tranquillisers and I sigh deeply and my shoulders stop being up at the sides of my head. And I worry that one day these thoughts will just consume and overwhelm me and worry too when I look back at my notebook and see references to it like, “Just do it and it’s done and you’re done,” like a nasty father admonishing a not-too-bright son. I think of these things and I think online poker hasn’t ruined me, but it very nearly has.

And then, gradually, I think something else: I think online poker has saved me, and saved me in a way that I could never have quite imagined. More of that tomorrow in, “Why Online Poker is Ace.”

Wow. Wow, wow, wow. Squashed heads on tracks? Lumps not lumps? What is going on here? And how on earth do we get out of it? This is a bit like the end of one of those adventure stories that they showed in the cinemas in the 1950s where the hero is chained to a railway track (how appropriate – add screamers at your leisure) with an oncoming train hurtling towards him and you’re thinking, “How is he going to free himself from this little pickle? I’ll just have to wait until next time to find out.”

At least I think it’s a bit like that. I didn’t go to the cinema in the 1950s, being as I am only thirteen.

This entry was posted in Uncategorized. Bookmark the permalink.

3 responses to “Why Online Poker is Grim”